Although refrigerated items tend to spoil, there are some important ones that you should consider keeping around. You know that guy who gets thirty minutes into making brownies and finds out he has no eggs? Don’t be that guy.

BUTTER: Margarine is unacceptable. Butter is more than just a lubricant and conductor. Butter is full of all sorts of proteins and sugars and fats that do outrageous things when you cook them, things that no other food does. There are not now, nor have there ever been any substitutions for butter. Replacing the butter in a recipe with oil ruins the chemistry of the dish, it would be like trying to make pancakes with water instead of milk. Not all foods need butter, but when it’s called for, you better have it.

DAIRY: Milk is complicated stuff, dozens of proteins, fat, and sugar. Dairy is wacky and you can do a lot of crazy chemistry with it. Mostly milk and cream will form the basis for sauces and serve as shortening in baked goods. I would argue(subjectively) that cream is significantly more useful than milk, sauces are cream based, not milk based. Plus, it’s better in coffee. But you can’t make pancakes with cream (I’ve tried). I would suggest that you have cream around and purchase milk as you need it (for pancakes). I cannot recommend owning or associating with low fat or skim milk, with the notable exception of making certain cheeses, reduced fat milks are practically worthless in your kitchen. 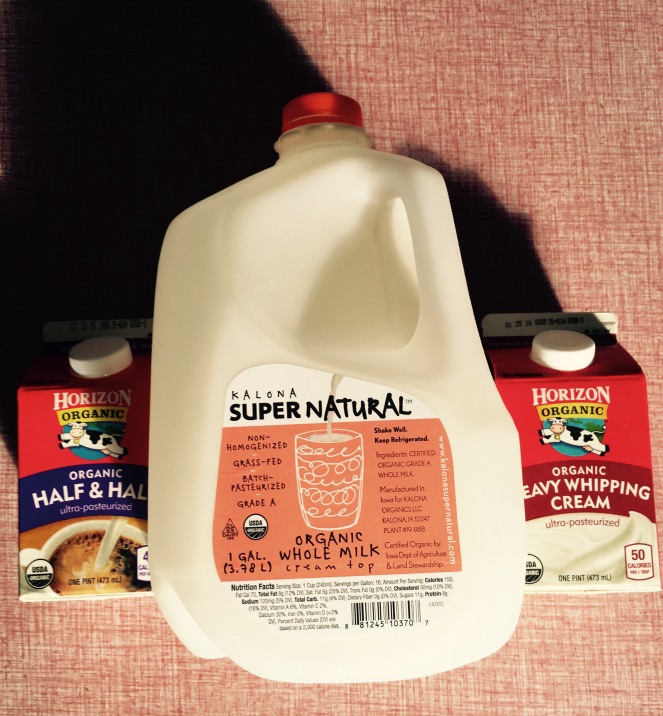 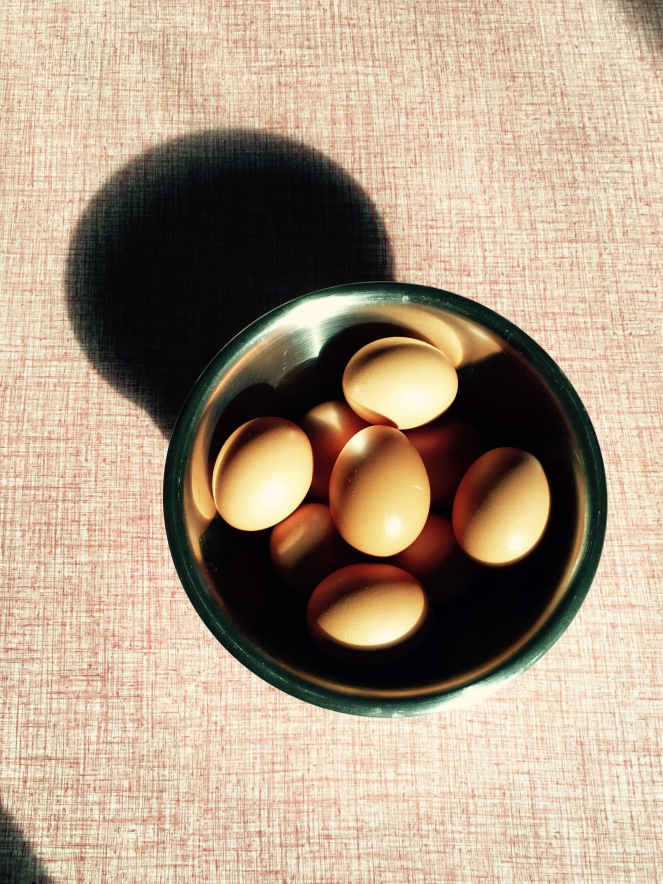 CURED MEATS: In America we only really think of bacon and salami, but there are a lot of options. If you’re not on a budget Jamon Iberico or Prosciutto are both lovely ways to get fat and if you’re feeling adventurous( and less wealthy) there is no end to strange and wonderful varieties of sausage.  It’s always a good idea to keep some meat on hand and cured meats take longer to spoil. The uses of cured meat are many. Bacon is probably what you will be most familiar with and it’s almost universally applicable. Bacon can be added to soups, sauces, salads, pretty much anything, it’s nutritious and delicious. I like to dice salami or bacon and fry it up with some vegetables, maybe some of those potatoes, onions and chilis from you pantry (wink wink) and make a nice little breakfast hash. You could add those salty meats into a quiche or frittata to really fortify your lunch, or, maybe just have a nice sandwich.

MAYONNAISE: I like mayo and it gets a weird rap in this country, I think it’s probably because most of it just isn’t very good. Sure, you can get lucky and find a good jar of mayonnaise, often at exorbitant prices, and that’s fine. You can also make your own mayo, it takes like five minutes. We can talk about that more later, but keep that option in mind. Why is it good to have mayonnaise? A lot of quick, easy condiments are merely a Mayo+ (that is, things you add to mayonnaise). Should you require a remoulade, sandwich glue,  or a creamy dressing you’ll want to have some mayo. Pro-tip: nine out of ten times “Chipotle Aioli” is just three parts mayo to one part sriracha.

CHEESE: Some kind of cheese, any kind of cheese. Parmesan or other hard cheeses are great if you eat a lot of pasta. I would suggest keeping a few cheeses on hand, if you keep them in the fridge they last for a while. It’s pretty hard to make any sweeping generalizations about cheese seeing how different and numerous the varieties are, but I’m going to try.  Lets break it down  by texture: soft, medium, and hard. Get yourself a soft cheese ( Brie, Chevre) for spreading, a hard cheese for sauces ( Parmesan, Romano), and a medium cheese for everything else ( Cheddar, Gouda). I’d just like to apologize for the inadequacy of this entry, and promise that at some point there will be an entire post( or two) dedicated to the miracle of cheese, in the meantime you’ll just have to trust me.